Plogga, the greenest way to run

We all have our own reasons to run. Whether it’s to be faster, to explore a new mountain trail, to lose weight or just to have a guilt-free beer and a pizza when we feel like it. For some people, running has a greater significance. It might give them a purpose when they wake up in the morning or maybe it’s what kept them going during an illness. Erik Ahlström understood the power of running when he started the “Plogga” movement. “Plogga” or “Plogging” comes from the combination of two Swedish words: plocka upp, meaning “to pick up”, and the word “jogging”. And running and picking up trash is what Plogga is all about.

THE BIRTH AND GROWTH OF AN INTERNATIONAL MOVEMENT 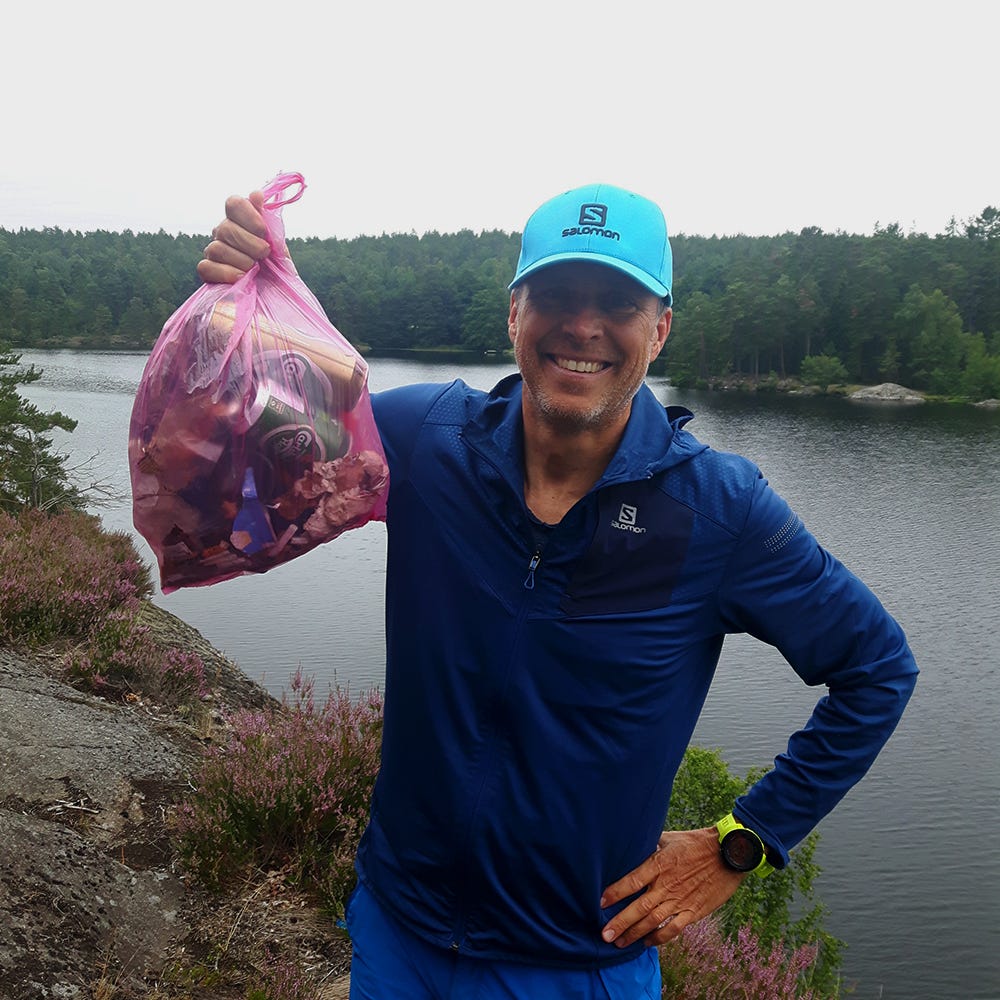 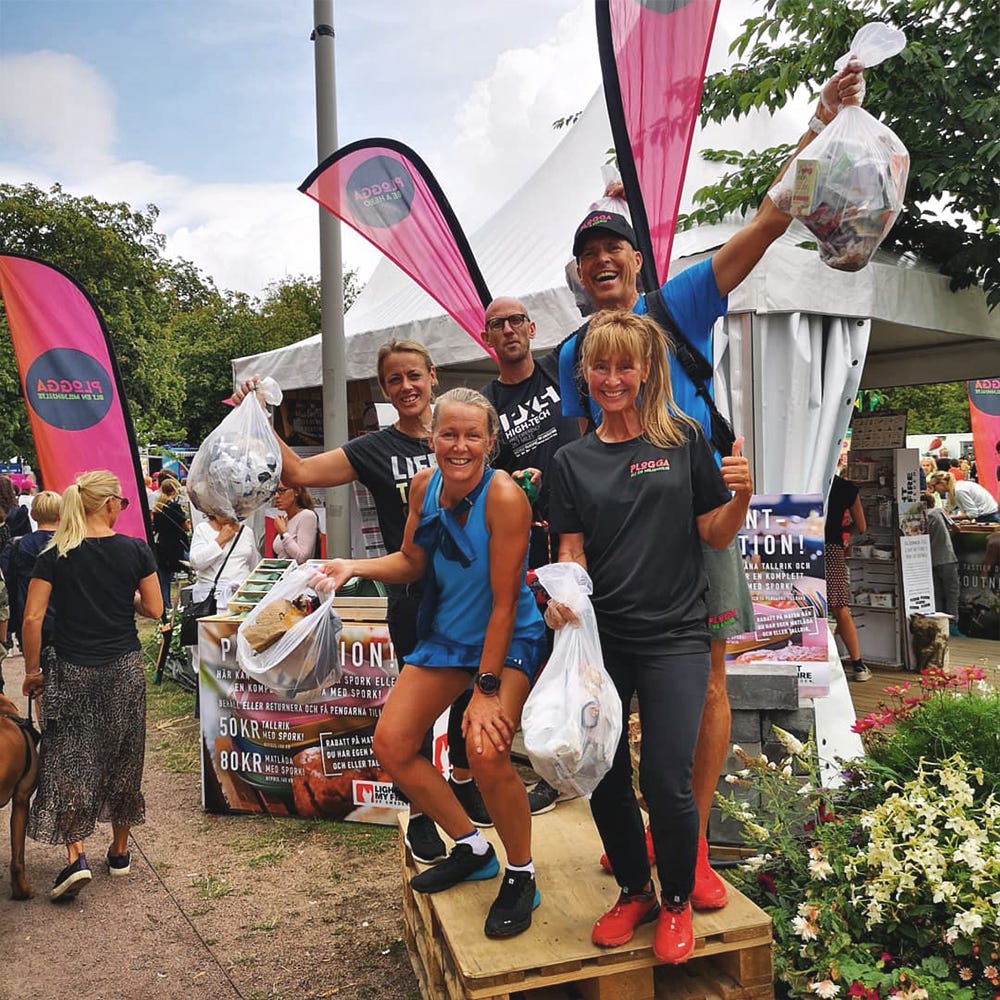 Erik Ahlström has been working with Salomon for over 20 years. He's been an ambassador for the brand, as well as doing community management for what was then called "cross adventure", before becoming what we know today as trail-running. He has been coaching Swedish athletes, he was the brain behind the Salomon Trail Tour and also "found" Emelie Forsberg and pushed for Salomon to sign her as a professional athlete. Erik has always been pushing the limits of mountain sports, and it was only a matter of time before sustainability concerns made him change his focus from performance to cleaning up.

Erik started the Plogga movement in Sweden after coming to the realization that the country was very polluted. After moving from the mountain town of Åre in the north of Sweden to the big city of Stockholm, he realized the streets were even dirtier. One day, while running with a Salomon trail-running group, he started picking things up from the ground. Then he started doing it with his running buddies, and he could feel something was happening: people were having fun and enjoyed the rewarding feeling of doing “something good.”

When asked for the reasons for starting Plogga, Erik has a very clear list: 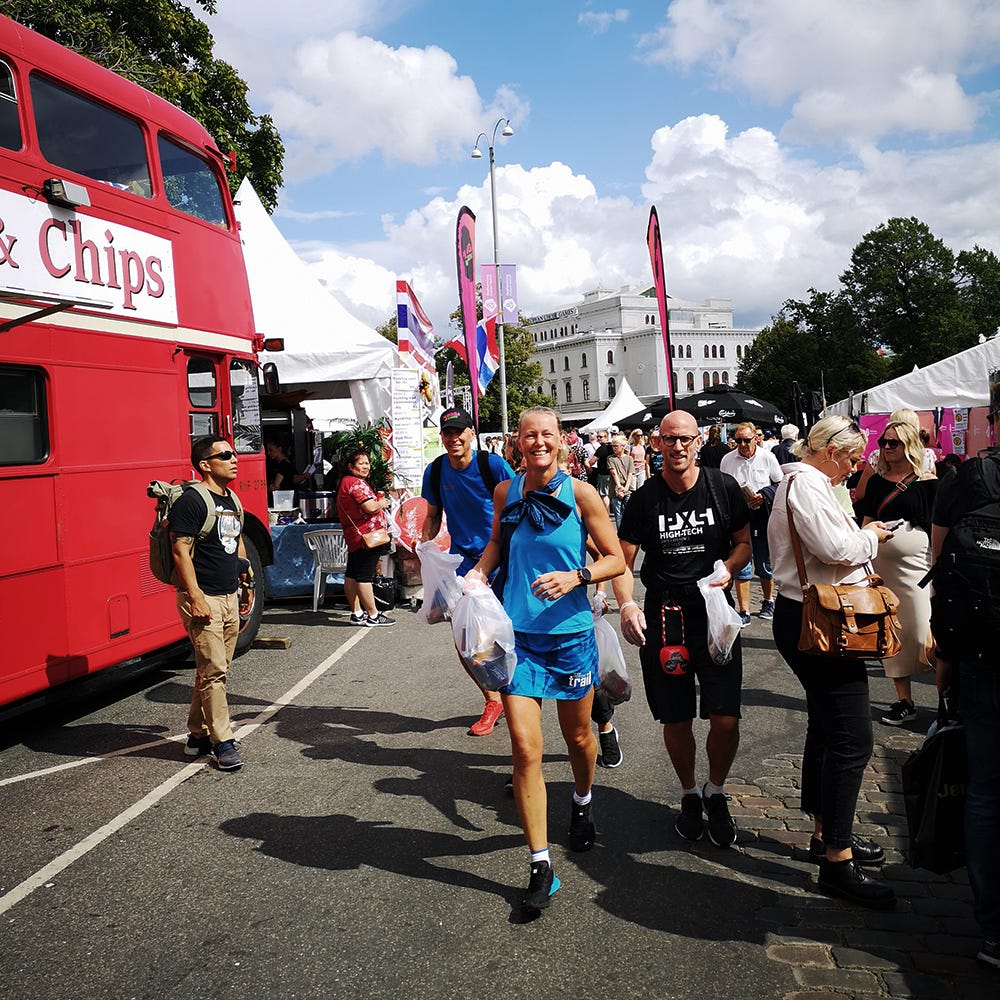 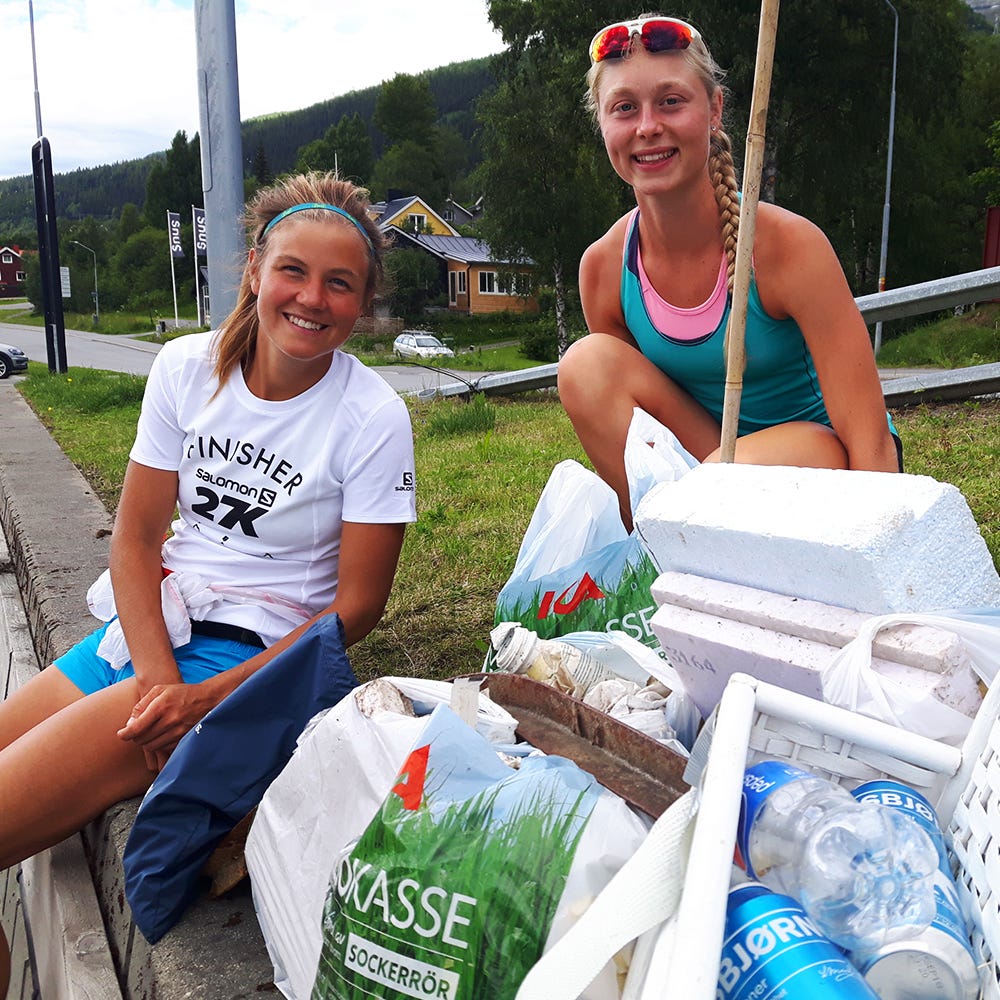 Plogga is a way to educate people on the issue of littering and the impact it has on nature, but also its impact on humans. He also believes that Plogging gives people an extra reason to go running, which is great for occasional runners who will find renewed motivation in this activity.

The movement quickly picked up from Sweden, reaching other countries in Europe and as far as India. It stretched to the United States and countries in South America. The word Plogga is now included in the English dictionary and has become a word in Belgium, Denmark, Norway, France and Italy. Erik didn’t expect Plogga to become this big. He wanted to find a way to clean up Sweden and accidentally started a global movement. Right now, he sees the Plogga organization as an umbrella organization. They provide a toolkit to people who want to take part, allowing more people to create their own Plogga groups and events to grow the movement across the world. Notable people who have taken part in Plogga runs include the Prince and Princess of Sweden as well as several Swedish ambassadors. Erik is getting requests for Plogging events in South Africa, Kuwait, China, Ecuador, Korea. He still wishes that Plogging would be more popular with kids. “There’s a big mission to inform the young people,” he says, adding that he doesn’t believe young people are as attracted to the outdoors as much as previous generations were. 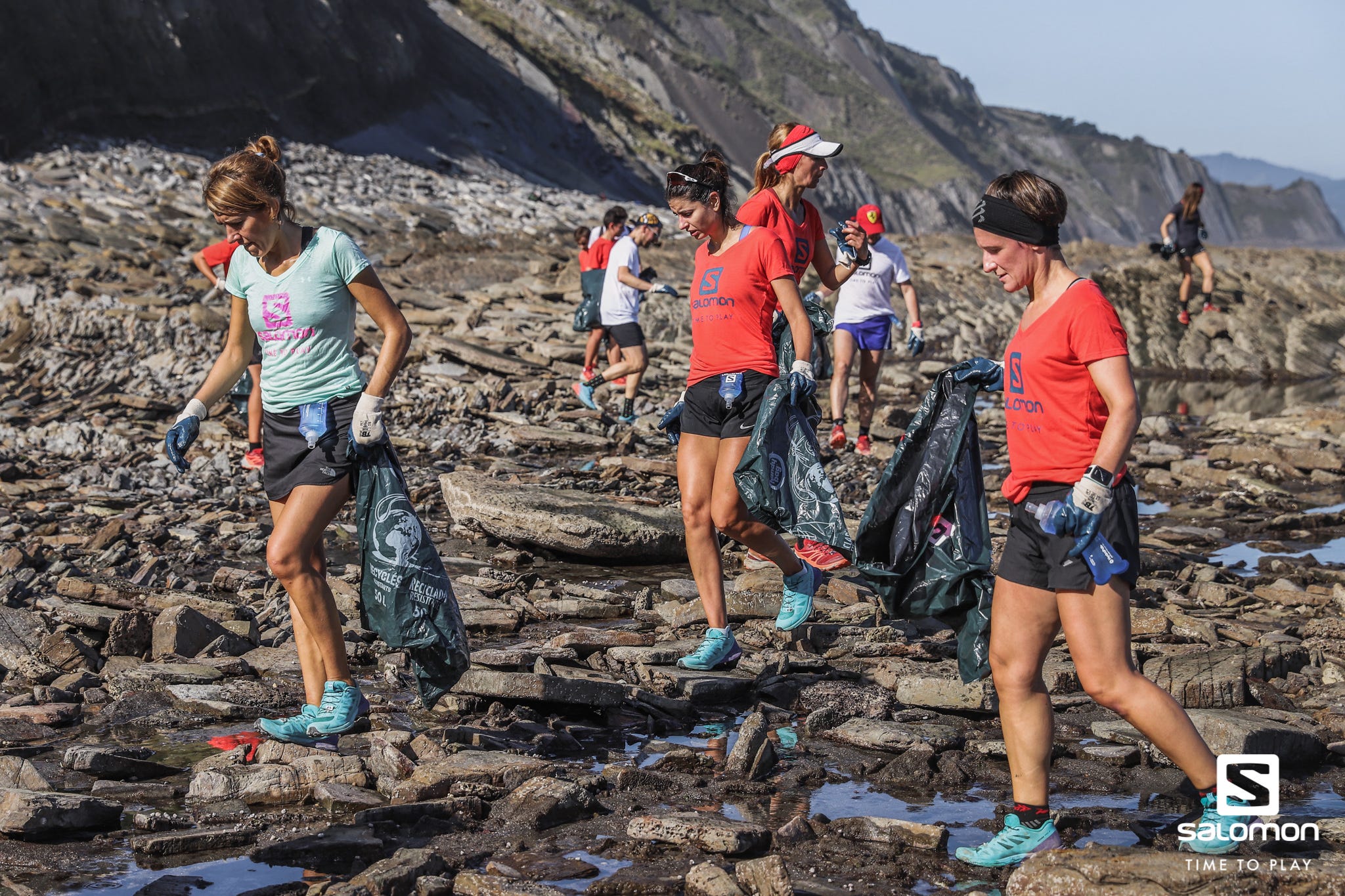 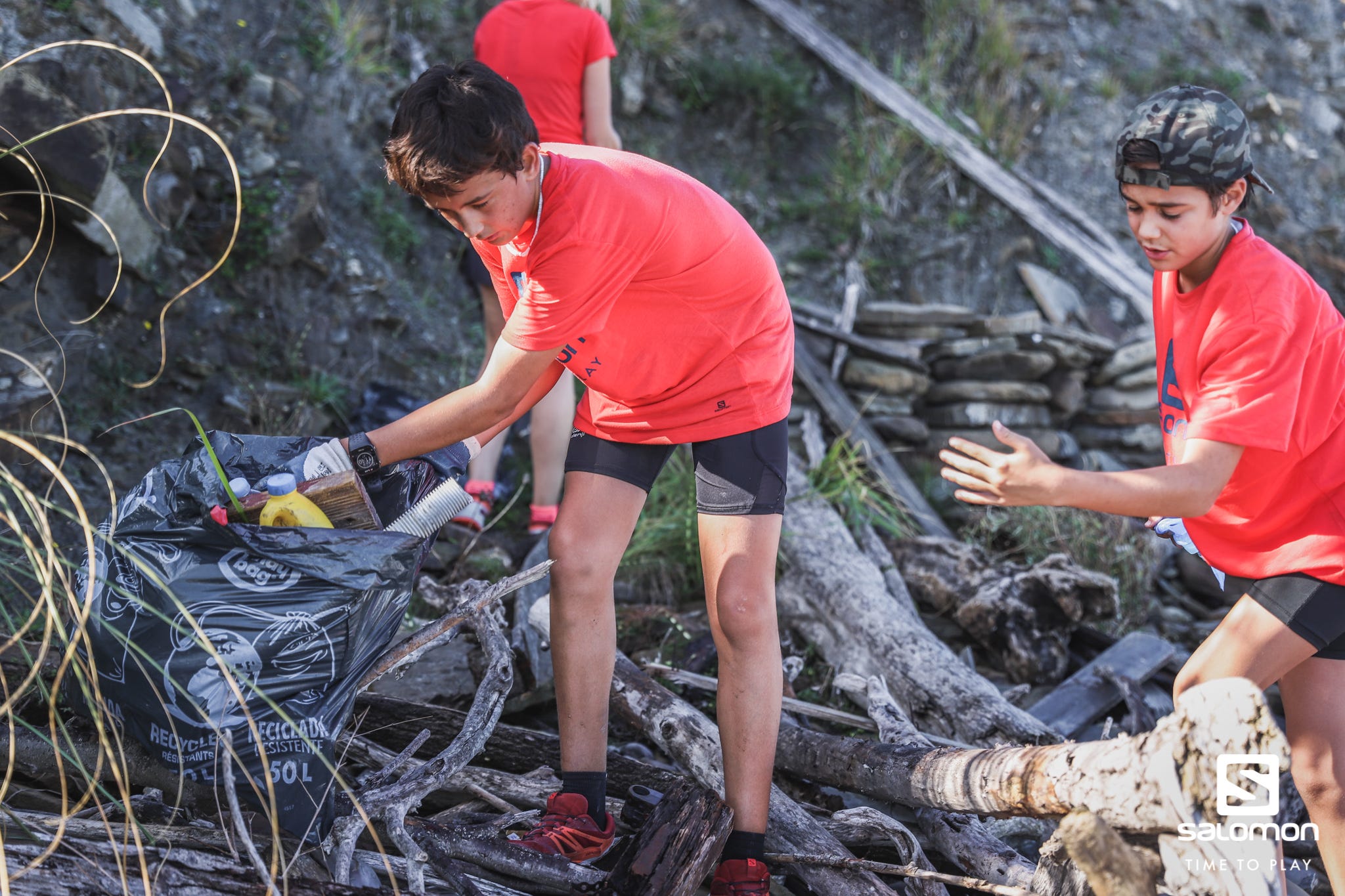 The explosion of the Plogga movement is a way to change people’s way of thinking. Erik explains that Plogga is not just about running and picking up trash; it’s about creating the reflex of seeing a piece of trash, picking it up and disposing of it correctly. Whether you’re walking, biking, kayaking, skateboarding, Plogga wants to teach two things: 1. Don’t litter and 2. Pick up trash when you see some. “People are proud to be litter-pickers”, Erik says.

While Plogga is an activity that is usually fun and shareable, others have begun to take it to a competitive level. “There’s a lot of ways to build Plogga races” according to Erik. Whether it’s about picking up one piece of trash in the middle of a 200m race or picking up as much trash as possible in a given amount of time, it’s easy to create competitive Plogga events that can raise awareness on this subject. The current world record for Plogga is in Mexico City, where 4,000 people went Plogging in one day. “I think there are about 10,000 people doing it regularly in India,” Erik says. “It’s the biggest trend for running in India right now." 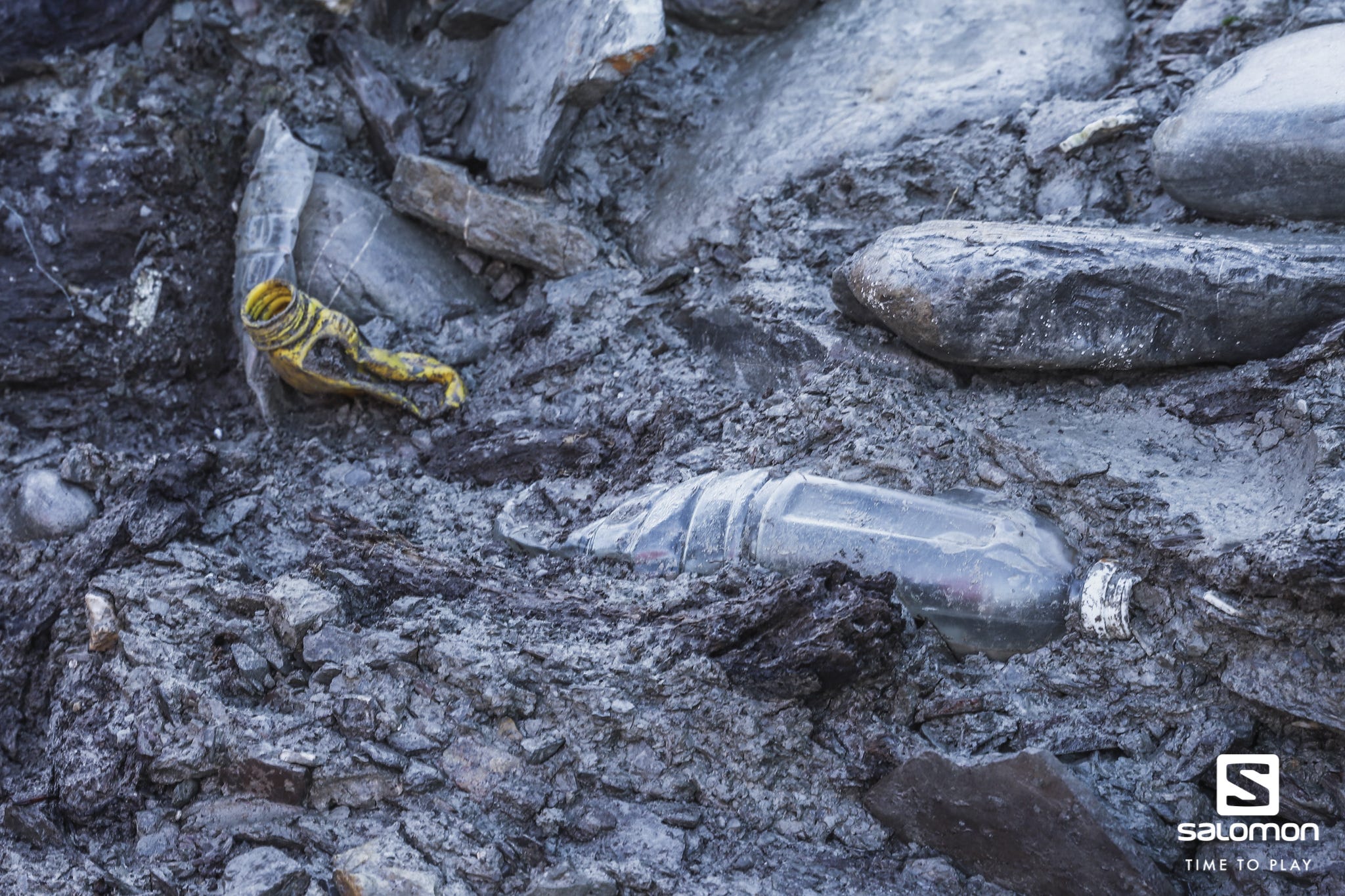 HOW DO I GET INTO PLOGGA?

If you want to start Plogging yourself, here are a few tips. First off, you’re going to need some extra gear if you want to be efficient in your litter-picking run. You’ll need:

There are also different ways of Plogging. Some people do it during their entire run, while others pick up trash during their warm-up and/or at the end of their run. “People might think it’s difficult, that it keeps you from running the way you want to or that it’s shameful to pick up trash, but the goal is to trigger the reflex of picking up litter when we see it,” Erik says.

In the future, Salomon will help grow the Plogga movement by promoting it to the runners following the brand, as well as organizing special Plogga runs around major events. We believe that we can help Erik and the Plogga movement gain in popularity and help fight the problem that is littering. Stay tuned for more information about Plogga and Salomon! Make sure to check out the Salomon Experience platform to get information when these Plogga runs happen.

To find a Plogga group near you, simply go on Facebook, ask around your office, or create your own group.Social media use is also strongly advised as it can influence others to start plogging. After a run, you can post a picture of all the trash you picked-up and use hashtags such as #plogga, #plogging and #nolitter. Be a part of the solution and start plogging!