Many hikers don’t realize how much work it takes to create the trails they play on, let alone maintain them, until they get their hands dirty and try it out for themselves. Salomon has recently partnered with us at the Continental Divide Trail Coalition to help support the volunteer stewardship projects that are at the heart of our mission and essential to helping complete and maintain the 3,100 mile Continental Divide National Scenic Trail.

For my first trail maintenance project as CDTC’s Field Crew Leader, we partnered with the Montana Wilderness Association to maintain several miles of trail along Lewis and Clark Pass. This was the site where in 1806, the legendary explorers followed what Native Americans referred to as the “Road to the Buffalo” to return back east after blazing a path to the western half of America. Not only does the CDT pass through numerous historical sites like this, but also through three National Parks, one National Monument, 20 National Forests, and the ancestral lands of 14 Native American tribes as it snakes its way through seven different eco-regions along the spine of the continent.

As we drove our over-loaded pickup truck to the project site over 800 miles away in central Montana, I wondered how far our volunteers might travel to give back to the trail. Although my colleague informed me that the volunteer who lived furthest was traveling from the east coast of the U.S., we soon met Nick, an Australian outdoor educator nearing retirement from New South Wales. Nick was completing the CDT in sections over a span of several years and was happy to share his tales from the Trail while he took a break from his hike to lend a hand on our project.

Throughout the week, our crew of 11 volunteers and three staff members helped to restore nearly 2 miles of narrow and overgrown trail, install multiple trail drains and rebuild several cairns marking the route, all despite being chased off the pass by multiple thunderstorms. More remote sections of the CDT like this section along the northern portion of the Divide don’t see the traffic that more popular parts like the Colorado sections do. Because of this, the vast majority of the people we saw while working were either attempting to thru-hike or were section hiking the Trail. Many of these folks had also come from overseas to explore the highest, longest and most rugged of America’s Triple Crown Trails.

It was during this first volunteer project that I realized that the CDT is not just a national treasure, but an international treasure appreciated by people of all backgrounds, abilities and nationalities. As recognition of the CDT grows, more and more people from all over the world will look for a way to turn that appreciation into meaningful action and support CDTC and other organizations working on behalf of the Trail. It is in this spirit that I see our partnership with Salomon beginning to grow into a bridge between athletes and adventurers all across the globe coming together to care for something truly unique and special.

Jeremy Aaron is the Field Crew Leader for The Continental Divide Trail Coalition. He sports Salomon Quest 4d GTX boots when working on the trail and Salomon Odyssey Triple Crowns when hiking.

For more information about the Continental Divide Trail visit https://continentaldividetrail.org/

Salomon Quality Warranty
All our products are covered by a warranty of 2 to 3 years
Do you have any questions ?
Speak to an expert for answers to your questions
Easy Returns
45 -day hassle-free returns
BE A SALOMON INSIDER! SUBSCRIBE TO THE NEWSLETTER

Our product experts are available to help you find the product that best fits your needs and to answer all your questions from Monday to Friday, 9 a.m. - 4 p.m. Mountain Time

ON SALOMON.COM, STANDARD DELIVERY IS FREE FOR ALL ORDERS (EXCLUDING INDUSTRY PARTNER ORDERS).   UPS GROUND (FREE) Delivery within 5 to 10 days (Monday-Friday). No PO, FPO, or APO Boxes.    EXPEDITED SHIPPING Delivery with these methods has been temporarily suspended until we can guarantee shipment in the appropriate timeframes.

Standard Delivery (UPS Ground) is free for all* orders. You can expect delivery within 5 to 10 days of placing your order, Monday-Friday. Unfortunately, we cannot accommodate PO, FPO, or APO boxes at this time.

*Free delivery is not available for industry partner or pro orders.

EASY RETURNS   45-Day Returns Sometimes it's just not meant to be. If you're not satisfied with your purchase from salomon.com, please return it within 45 days of the original purchase to receive a full refund. We ask that you only return items that have not been used (worn or washed) and are still in their original packaging in good condition.

Sometimes it's just not meant to be. If you're not satisfied with your purchase from salomon.com, please return it within 45 days of the original purchase to receive a full refund. We ask that you only return items that have not been used (worn or washed) and are still in their original packaging in good condition. Ready to get started? Click here

While we do not offer exchanges, you can follow the same return process as above and make a new purchase of the correct item you're looking for. Click here to get started 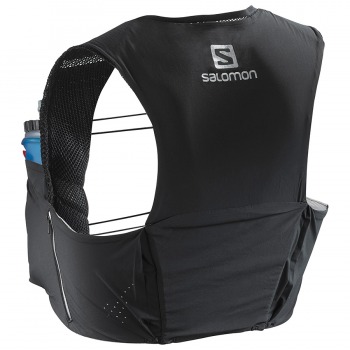