The story Behind Salomon NSO Apparel

For the spring/summer of 2019, Salomon introduced its new patented NSO technology, which uses Far Infrared Reflections (F.I.R.) to help reduce muscle fatigue. It is the result of eight years of R&D with physiologists and athletes. NSO (pronounced “enso”) stands for the word “circle” in Japanese and expresses balance. But how does it work and why have it in apparel?

The story begins in 2010, when physiotherapist, dietician and acupuncturist Arnaud Tortel came across a study that discussed how Far Infrared Reflections (FIR) could potentially help with posture, balance and motor control. Tortel, who is the longtime physiotherapist for the Salomon International trail running team, thought that perhaps FIR could therefore help with reducing fatigue in running athletes.

WHAT ARE FAR INFRARED REFLECTIONS (F.I.R.)

Far Infrared Reflections are part of the infrared ray spectrum and are radiated by the sun and many different stones and metals, but also by the human body. Certain minerals can also reflect this radiated energy. The potential of Far Infrared Rays and their positive properties has its origins in Asian curative medicine and is widely used around the world. Reflections of FIR back into the body can have a number of health benefits. Some common medical applications of FIR therapy are found in the healing of scar tissue (such as in burn scars), reducing muscle soreness, muscle spasms and relief for rheumatoid arthritis. FIR also has healing benefits in both articular and muscular discomfort when applied on precise “trigger” points of the body.

Together with several Salomon athletes (including Kilian Jornet and Emelie Forsberg) and Salomon apparel designer Serge Chapuis, Tortel began testing the Mineral-Metallic patches that you see many professional and everyday runners wearing today. Tortel launched the patches in 2014 as part of his brand Active Plus 4U with the goal of transferring the benefits of what was being done in medical world into the sports industry.

HOW DOES IT WORK?

Patented NSO technology is based on oxydo-reflection. The patches contain mineral-metallic oxides (MMO) and work like a concave mirror. They absorb cellular photonic emissions and re-flect them back to the body the same way. That means the cells of the body receive energy back that they are familiar with and can manage. This concentration of endogenous infrared rays activates the underlying microcirculation. The positioning of the patches on identified key points of the body increases the effectiveness of action. For example, to soothe muscle, joint and ligament pains.

In 2015, a study titled “Bioceramic fabrics improve quiet standing posture and handstand stability in expert gymnasts” was launched in order to learn if bioceramic fabrics had an effect on postural control and could improve postural stability. The results suggest that they did. Based on those results, Salomon undertook efforts to see how these benefits could be applied to sports, specifically endurance sports like running.

Active plus 4U led environmental studies to determine how this new apparel made people feel. Tortel and collaborators conducted studies with 110 people over the course of 14 days of testing under the control of an independent laboratory. After seven days of usage, 93 percent of the testers said they felt the benefit of the apparel in areas of discomfort. To confirm the findings, patches with no mineral meta oxides in them were also placed on testers. Only 11 percent of those people felt that they had a benefit from that placebo. 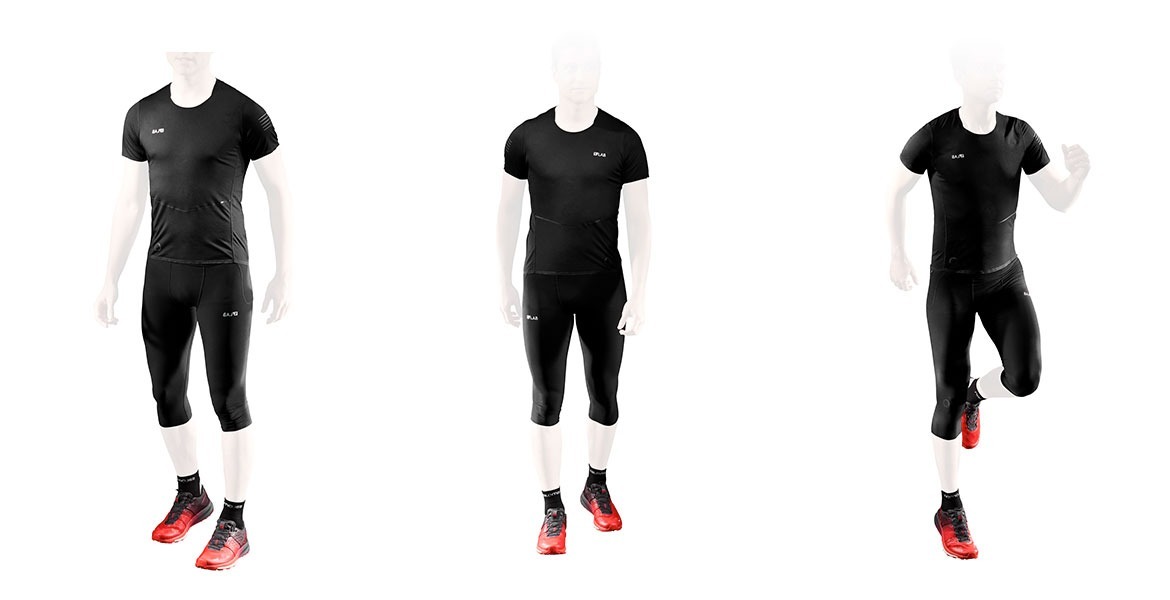 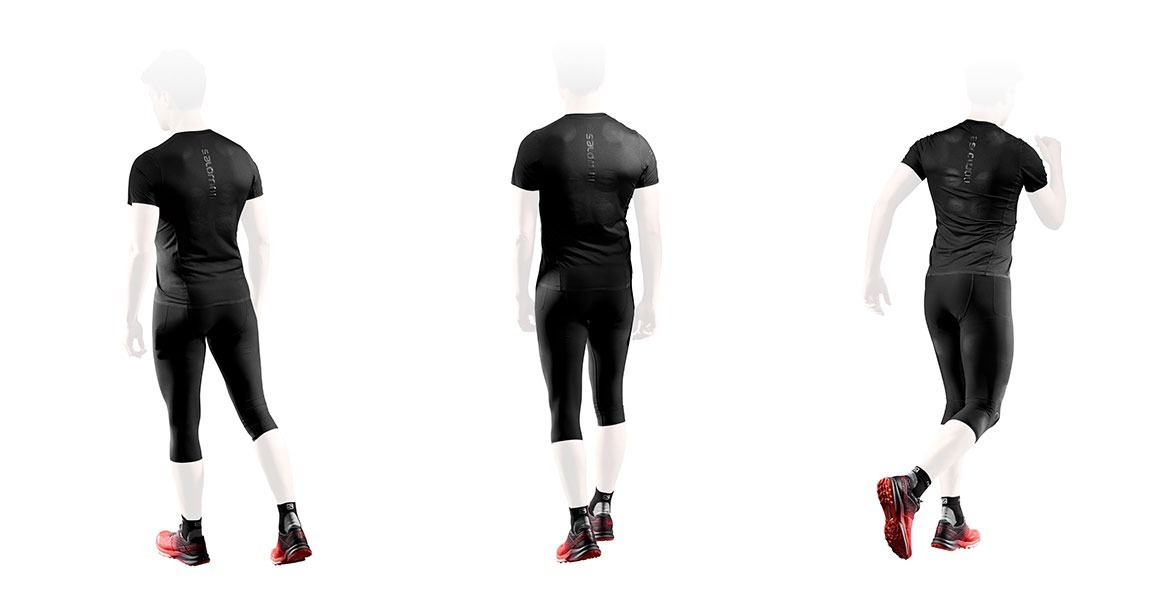 To effectively use the MMO patches, the person wearing them must apply them in the exact location in order to feel the benefits. For a physical trainer or exercise scientist that’s a manageable task. For the average person, it’s less simple. Tortel found that often people were applying the patches in the wrong location and not getting the full benefits. Inserting the patches into garment (as done in Salomon NSO apparel) eliminates the need for a person to perfectly apply the patch in the right location because patches are already in the correct place on the apparel.

Determining where to place the patches in the apparel was no easy task. The process began in 2014 when Salomon apparel developers, with the knowledge of the study, attempted to localize the technology strategically and reduce articular and muscular discomfort when applied on precise parts.

To create NSO apparel, Salomon’s team developed a new application based on Far Infrared Reflection that uses concentrated oxide minerals. Engineered particles of 15 specially selected minerals are combined together to produce a FAR-enabled compound. Then the compound was used to create new generation high-tech coating that is constantly emitting wavelengths of far infrared light. The compound was integrated into reflective patches in the clothing that consists of a metallic-mineral oxides matrix. The patches are fused deeply in the inner face fabric and located above human trigger points to return Far Infrared rays to the body. 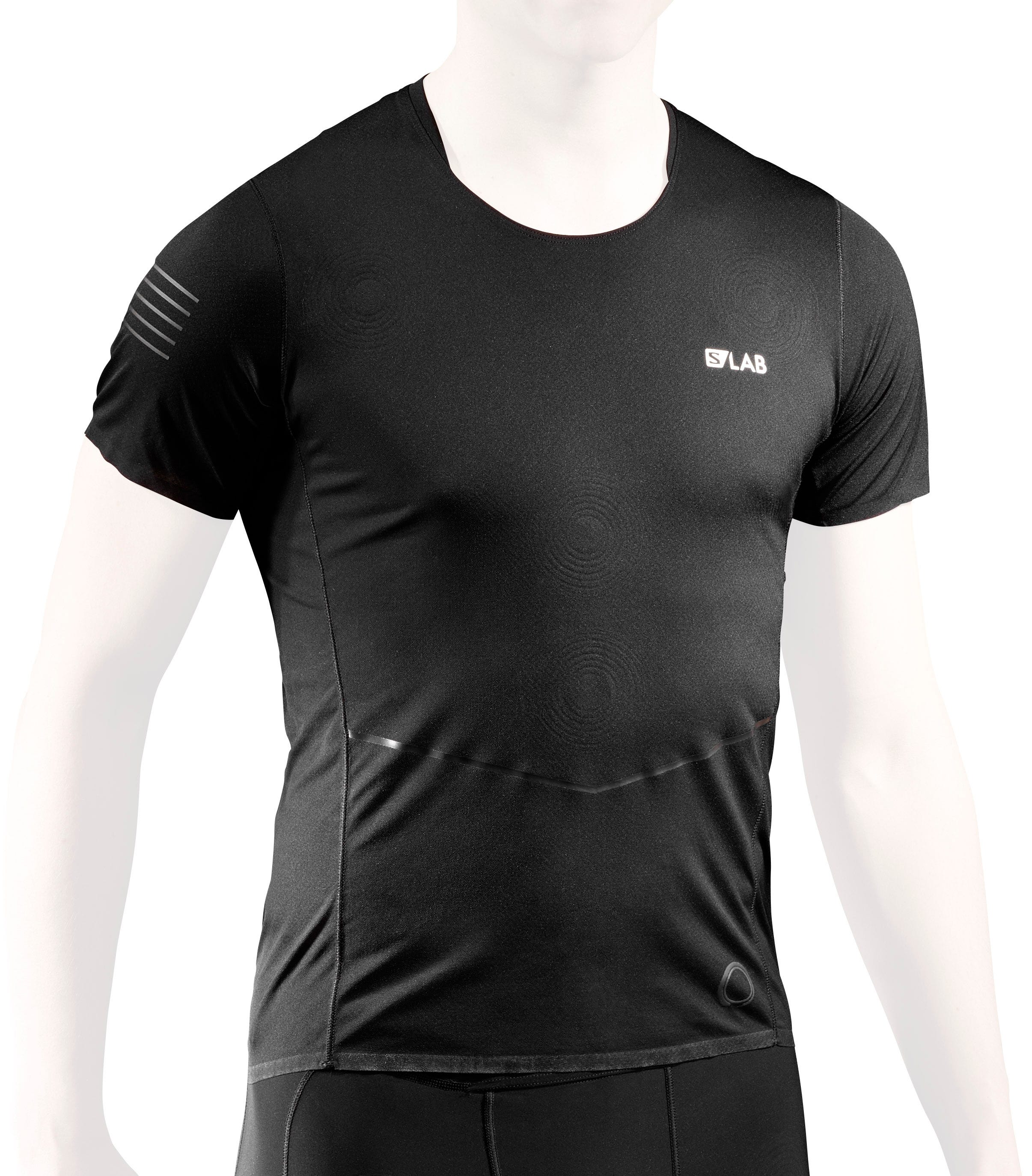 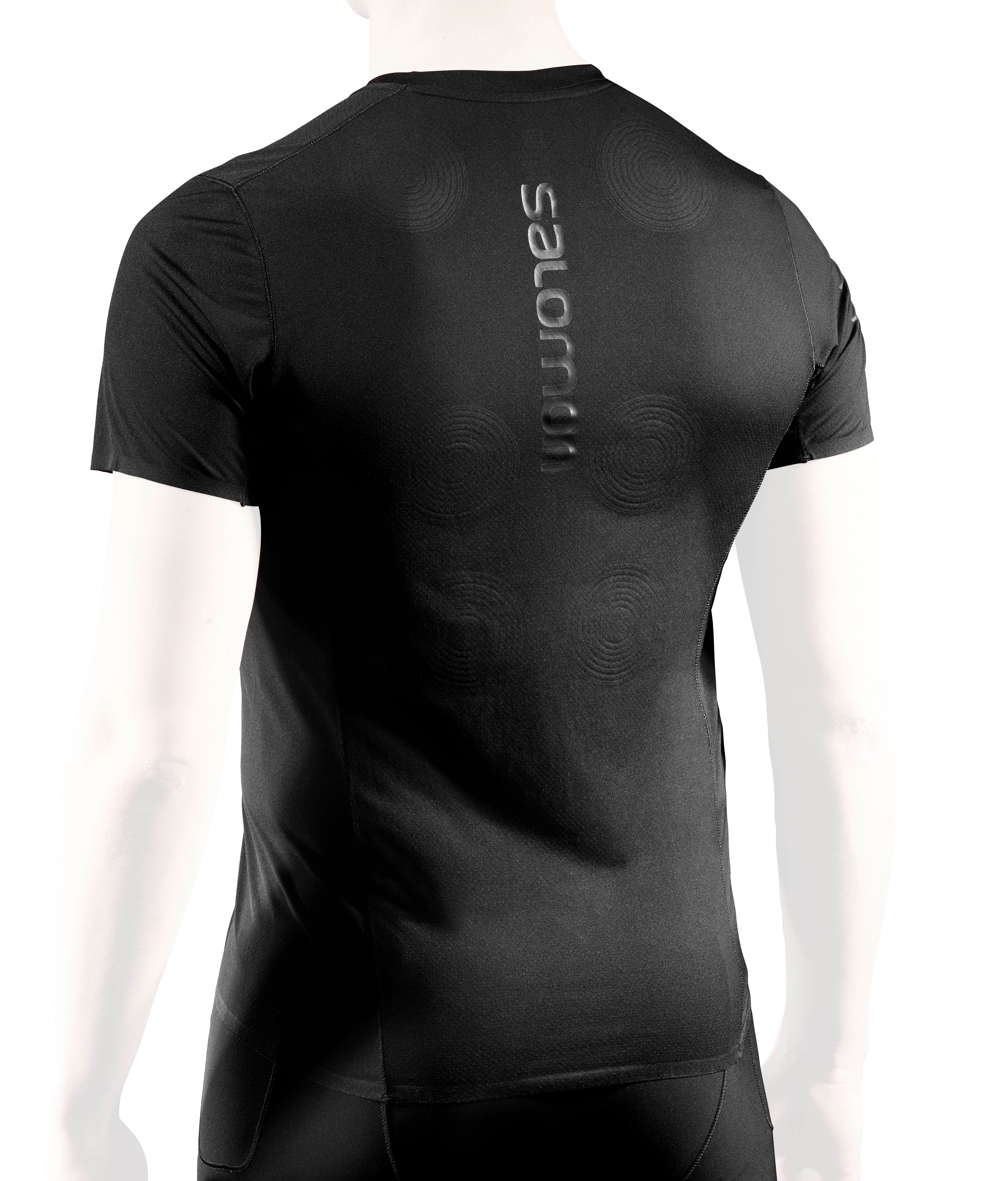 WHERE ARE THE PATCHES LOCATED ON SALOMON NSO APPAREL?

The patches are placed in the areas of the upper and lower body that are the traditional trigger points of acupuncture or osteopathy and that are considered most beneficial to runners, delivering a natural way to activate the flow of energy in the body.

The goal is to use the reflection of far infrared rays to reduce fatigue to help the body recover faster during athletic activity.