In 2018, as part of the launch of its Play-Minded Program, Salomon debuted an initiative that allows its athletes to apply for financial grants from the company in order to educate people about the outdoors. From mountain safety to climate change, the only requirement for application was that the cause had to be about educating people about the outdoors. The first grant recipient is Mike Douglas, one of the brand’s longest tenured ambassadors. Douglas is a freeskiing legend-turned filmmaker who has been with Salomon for two decades. In 2018, he was named the President of Protect Our Winters Canada in 2018. Below, in his words, he explains why climate change is close to his heart and how he will put this grant to use. Congratulations to Mike from his friends at Salomon. 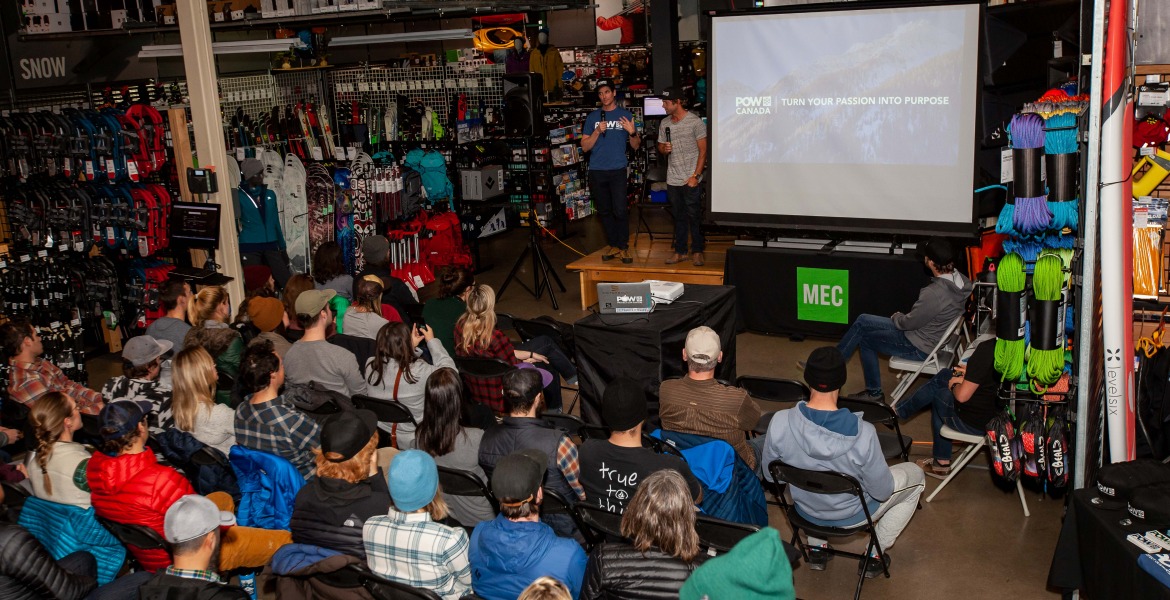 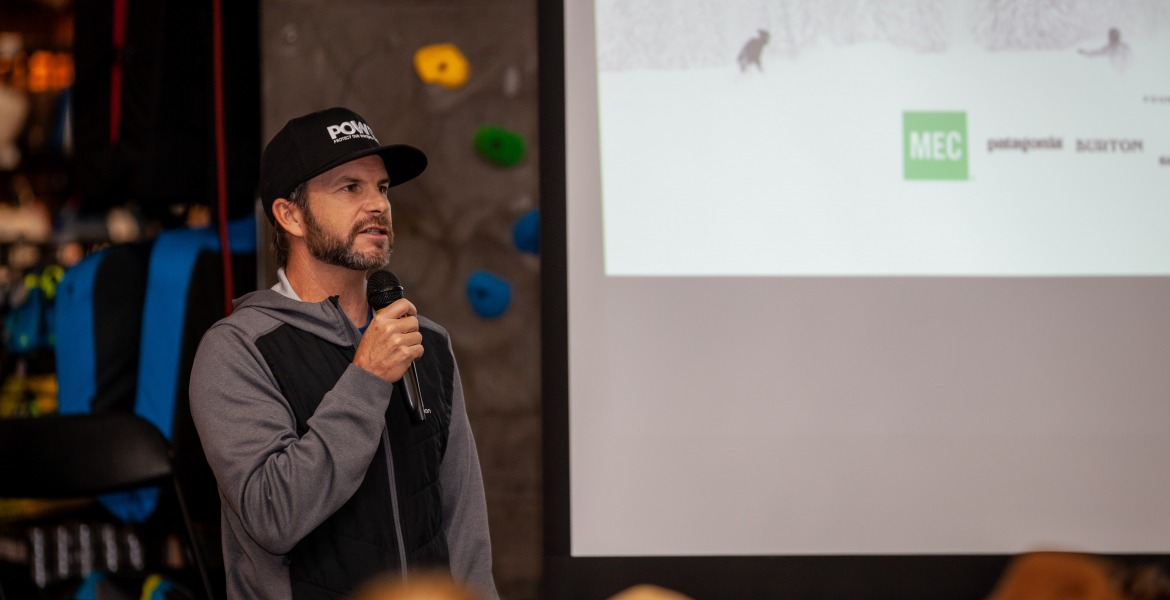 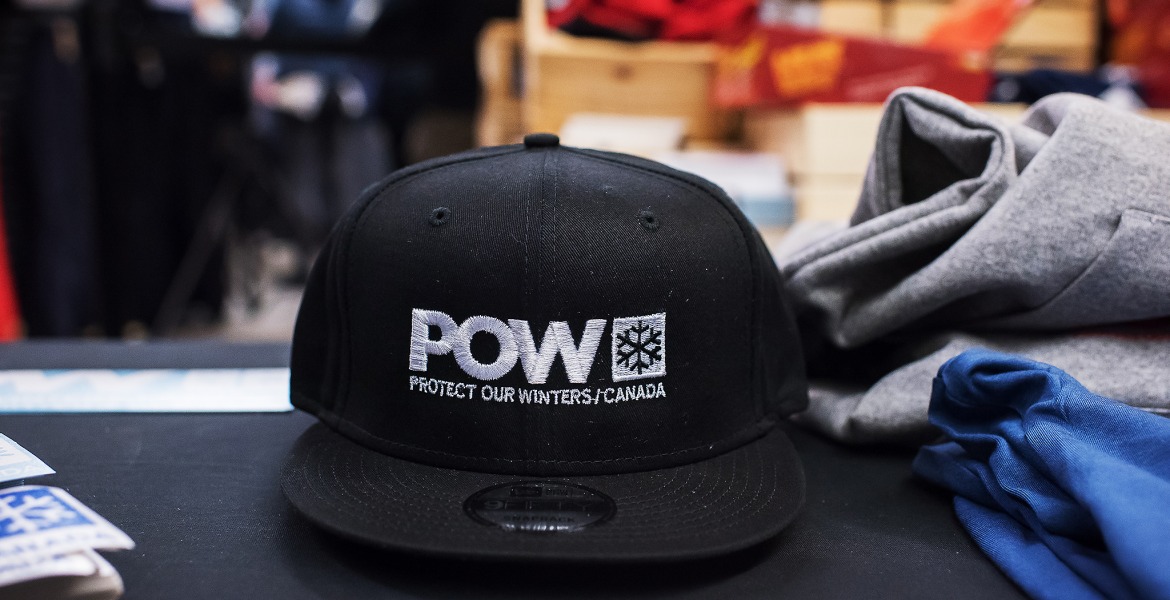 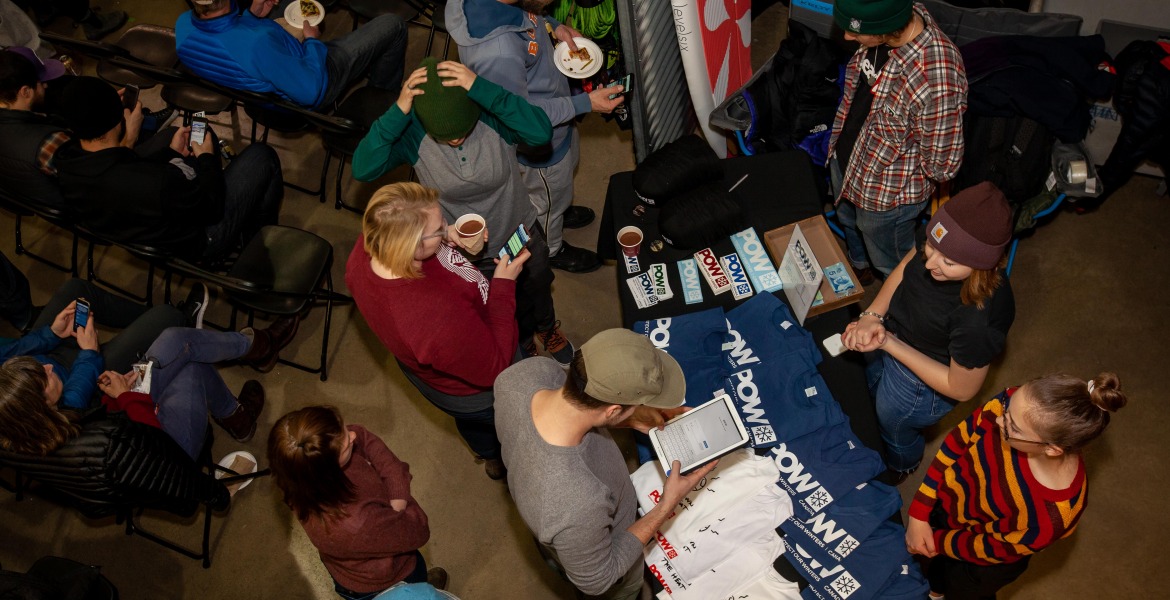 As mountain athletes we spend our lives travelling to the most beautiful ranges around the world. While it's amazing, it's also given us a front row seat to the rapidly increasing effects of climate change. A few years back, after realizing governments were unwilling to make the necessary efforts to curb the problem, I joined a growing number of outdoor athletes and became an advocate for Protect Our Winters (POW). Founded in 2007 by legendary pro snowboarder Jeremy Jones, POW has become one of the leading climate advocacy groups in the US. Climate change is not a national or regional problem, it's a global problem and action is required by every nation on earth.

In late 2017 a group of athletes, including myself and Salomon pro skiers Greg Hill and Chris Rubens, started trying to get POW organized in Canada. We were successful and POW Canada launched in September of 2018. POW Canada's mission is to unite the outdoor community to take action against climate change. We will do this by taking our world-class athletes and getting them to share their experiences and the latest science in presentations to school groups and outdoor enthusiasts. In addition, all POW Canada athletes and partners are required to make a pledge to reduce their own carbon footprints and be willing to speak up and advocate for action on climate change.

In October 2018, POW Canada launched a national tour with Canadian outdoor retail giant, MEC. Greg Hill, Marie-France Roy, Chris Rubens and I crossed the country introducing POW Canada with presentations and screenings of the Salomon TV film The Curve Of Time, starring Greg and Chris. The tour was successful and showed that Canadians have a strong appetite for action on climate.

Part of our mission as concerned outdoors-people is to get the brands and partners we work with to step up and work on cleaning up their own operations as well as advocating for a cleaner and more sustainable planet. Fortunately Salomon was onboard right away and the launch of POW Canada coincided perfectly with the release of Salomon's Play-Minded Program. To bring the two together, I presented the POW Canada platform to the staff, athletes, and partners of Salomon Canada. The feedback was overwhelmingly positive and nearly everyone agreed that POW Canada was an organization they wanted to see Salomon support. Collectively, we applied for a $15,000 grant through Salomon's Play-Minded Program.

We were honoured to become the first grant recipients in December 2018. POW Canada would be nothing without the support of conscious brands like Salomon. POW Canada's goals in 2019 are to reach more than 10,000 students through our Hot Planet/Cool Athletes program, continue to rally the outdoor sports community to act on climate, and to increase membership and awareness of the organization. Hopefully, if we can get enough people to make climate action a priority, we can help turn the tide toward a more sustainable planet.

FOR PRODUCTS AVAILABLE IN 1/3 DAYS

All orders placed and approved before 2 p.m. CET will be delivered by UPS free of charge within 3 working days (before 11 a.m. CET for Ski/Snowboard, Bindings and Boots).

WOULD YOU LIKE A FASTER DELIVERY? CHOOSE 24-HOUR EXPRESS DELIVERY -

If you would like to receive your delivery faster, you can choose express delivery at the checkout before confirming your order. All orders placed and approved before 2 p.m. CET (before 11 a.m. CET for Ski/Snowboard, Bindings and Boots) will be delivery by UPS the following day (24 hours).

IF YOU ARE NOT COMPLETELY SATISFIED WITH YOUR PURCHASE FROM SALOMON.COM, YOU CAN RETURN YOUR ITEM WITHIN 30 DAYS. THE ITEM/S MUST NOT HAVE BEEN USED OR WASHED AND MUST BE IN THEIR ORIGINAL PACKAGING. THE LABELS MUST REMAIN ATTACHED TO THE PRODUCT.