Salomon athlete Kilian Jornet completed the famous Bob Graham Round in England’s Lake District on Sunday, July 8 in 12 hours and 52 minutes, a round that covers 42 peaks over106km and 8,200m of overall ascent in the Lake District of England. One week after winning the Marathon du Mont Blanc in France, Jornet completed the famous round one hour ahead of the previous best time of Billy Bland (13’53”), which had been the standard since 1982.

“It has been hard, but very exciting,” Jornet said afterwards. “I had the Bob Graham Round in mind for a while and finally I could give it a try and realize how amazing was the time that Billy did thirty years ago. It has been a beautiful day out in the mountains together with all those runners that came and paced me. Also, I would like to thank Billy who came to cheer me, and also to everyone in Keswick. You can really feel here the love for fell running, and I couldn’t be happier to complete this round!”

The Bob Graham Round was established in 1932 when the runner Bob Graham ran the 42 fells in less than 24 hours. The challenge became a part of the local culture with the founding of the Bob Graham Round Club, whose membership is made up of those who have matched the founder’s achievement. It wasn’t until 1960 that anyone dared to try it again and since then many have sought to join the legendary club. In 1982, Bland, a local runner, completed the course in 13h53, a record that has held for the past 35 years. Over the years the Bob Graham Round has become one of England’s most popular challenges.

What makes the Bob Graham Round so attractive are the values it is founded on: companionship, respect for the mountains and tradition. To take part in the Bob Graham Round a runner must comply with certain rules. First, the runner must inform club members that he or she intends to run the course. Then the runner has to be accompanied by someone on each of the 42 fells who can verify that the runner was there. Another tradition is that club members will help runners by joining them on one of the five legs that the course is divided up into. Martin Stone, an enthusiastic club member, also helps with logistics and it was he who helped Billy Bland when he set the record more than 30 years ago.

At six o’clock on a very warm Sunday morning Jornet set off from Keswick, a small town of some 5,000 souls in the heart of the Lake District National Park in northeast England. He was accompanied by a team of 10 pacemakers who also helped him comply with the club’s rules. Numerous other runners encouraged him along the way, among them Billy Bland himself, who said he was inspired by Kilian’s achievement.

Jornet covered the 42 peaks at a fast and constant speed. The third leg of the course is the most difficult, with rocky ground and steep ascents and descents. The remainder includes peaks that are not very high, but with lots of loose rock which tests runners’ stamina.

On the first leg Jornet reached Threlkeld six minutes ahead of the actual record. There, he started the second leg to Dunmail Raise, where Bland was waiting to cheer him on. The third leg was the longest and the most challenging, where Jornet had to climb 15 summits until reaching Wasdale at 1 p.m., 8 hours and 9 minutes after starting. He had by then completed half of the round and was 30 minutes ahead of Bland’s record time.

From Wasdale, Jornet had to face the two last legs. He was feeling tired, but still pushing. The first of those two final legs consisted of nine peaks in a rather short distance until reaching Honister Pass, where he arrived with a time of 11h05. The last leg would bring Jornet back to Keswick with only three summits to climb and a final section running on asphalt into town.

He arrived back in Keswick to a massive crowd that had gathered to see him finish, stopping the watch with a time of 12’52”. An exhausted Jornet greeted the crowd and shared a glass of champagne with Bland, who had come to congratulate him.

Free Delivery & Returns
Your order will be delivered free of charge to your home.
SATISFACTION OR YOUR MONEY BACK
Return your order for free within 14 days of receipt.
Salomon Quality Warranty
All Salomon products are covered by a 2 or 3 year warranty.
BE A SALOMON INSIDER! SUBSCRIBE TO THE NEWSLETTER

All orders placed and validated before 2 pm will be delivered by UPS, free of charge within 3 working days.

For ski boots, skis, snowboards and binding all orders must be placed before 12 noon.

24-HOUR EXPRESS DELIVERY IS AVAILABLE FOR £10

If you would like to receive your delivery faster, choose the express delivery option at the checkout before confirming your order. All orders placed and validated before 2 pm will be delivered by UPS the following day (24 hours).

SATISFACTION OR YOUR MONEY BACK

If you are not fully satisfied with your purchase from salomon.com, you can return any or all items from your order and receive a full refund.

Items must be returned within 14 days of reception and be in their original packaging. Items must not have been used (washed or worn) and be in good condition.

All Salomon products come with a minimum two-year quality warranty. For ski pants and ski jackets, we have extended the warranty to three years.

Order before 1 pm* for: - Free delivery to your home or a pick-up point within three working days  - Express delivery within 24 hours (+£10) *before 10 am for skis, snowboards, bindings and ski boots

Free returns within 14 days of receipt.

We suggest you visit this site: 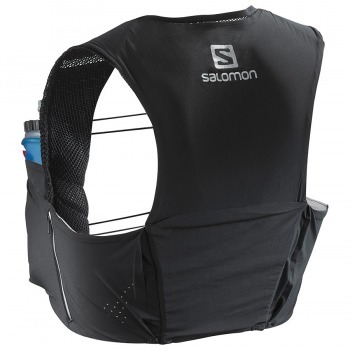